Whether you prefer a home brew or a Starbucks latte, many of us choose to start our day off with a cup of coffee. But beyond drinking coffee for its energy-boosting qualities and delicious flavor, scientists also note its many health benefits. While consuming too much coffee can have adverse effects, coffee consumption in moderation may reduce the risk of liver disease and prediabetes and positively impact a person’s cognitive health. In this article, we explore how coffee affects your brain.

What Are The Active Ingredients In Coffee?

Below, we outline several essential ingredients found in coffee as well as their benefits:

Caffeine is the main ingredient in coffee and is responsible for coffee’s energy-boosting qualities. It stimulates the central nervous system, making you feel more alert and energetic. Some studies suggest that caffeine improves concentration, reaction time, and motor coordination (1). Caffeine is also so potent that it is used in physical performance supplements to support exercise and endurance.

Trigonelline is an alkaloid that, at high temperatures, forms nicotinic acid (vitamin B3), which is part of the vitamin B complex. The body needs this vitamin to stay healthy. It helps promote skin health and supports the nerve cells and digestive tract. There are also studies to suggest that it may help alleviate symptoms of type 1 diabetes (2).

These compounds are present in high volumes in unfiltered coffee. According to studies, cafestol and kahweol may not be as harmful as initially thought (4). In fact, there is evidence to suggest that they may have anticarcinogenic (cancer inhibiting) pharmacological properties.

How Does Coffee Affect The Brain?

The caffeine found in coffee affects the central nervous system in several ways. These effects are believed to be the result of how caffeine interacts with adenosine receptors in the brain (5).

Adenosine is a neurotransmitter that attaches to specific receptors in the brain and inhibits the tendency of neurons to fire. This leads to the slowing of neural activity, and as adenosine builds up throughout the day, it makes you drowsy.

Caffeine has a similar molecular structure to adenosine. When caffeine is present in the brain, it binds to the adenosine receptors. By doing so, it blocks the binding of adenosine and prevents it from slowing down neural activity, and so inhibits the feeling of drowsiness. Caffeine also helps stimulate the central nervous system by promoting the release of neurotransmitters like serotonin, dopamine, and noradrenaline. This, combined with blocking adenosine build-up, makes you feel more alert.

How Caffeine Can Boost Brain Function

Research suggests that caffeine may improve the function of the brain in different ways. These include:

However, over time, as you drink coffee more regularly, caffeine tolerance will develop and it will be harder to induce these effects. This caffeine tolerance means that you will need to drink more coffee than previously to benefit from its caffeine in the same way (6). Although drinking more coffee will help, it is advised that you refrain from doing so. According to the Food and Drug Administration, increasing your intake beyond 4 to 5 cups (400 milligrams) a day can lead to potentially dangerous side effects.

The Effects Of Caffeine On Memory And Fatigue

Some studies suggest that coffee, more specifically its caffeine content, may affect a person’s memory. More research is needed on this topic; however, some studies suggest that caffeine may have an extremely positive effect on short-term and long-term memory (7). For example, one study evaluated participants who consumed a caffeine tablet after studying various images. It found that their ability to recognize the images had improved 24 hours later.

Coffee May Reduce The Risk Of Alzheimer’s Disease

Alzheimer’s disease usually starts out slowly and becomes more severe over time. It is also the most common cause of dementia.

However, there are studies to suggest that diet-related factors may affect a person’s risk of developing Alzheimer’s disease and other forms of dementia. Some of these studies have linked regular, moderate coffee consumption with up to a 65% lower risk of getting Alzheimer’s (8). Although the protective effects of coffee and caffeine have not been confirmed by randomized controlled trials, the current observational studies are optimistic.

Like most things in life, when consumed in moderation, coffee can be good for you, especially for your brain. Although most of the studies that show positive results are observational, they still strongly suggest that coffee is good for you and your brain. The short-term effects of coffee and caffeine may improve learning, vigilance, reaction time, and mood. In the long term, they may help protect the brain against conditions like Alzheimer’s.

What Are The 5 Classic Signs Of Inflammation? 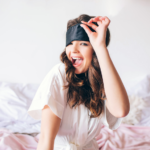 8 SURPRISING REASONS WHY SLEEP IS GOOD FOR YOU

What Is The Best Herb For Sugar Cravings?